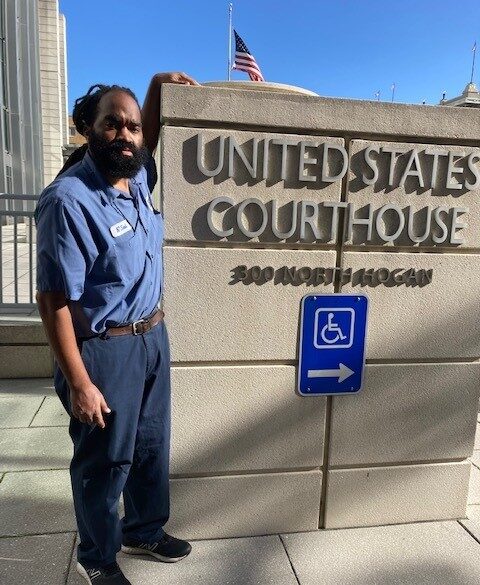 On May 19, 2010, K’sai Sanders began his employment with Challenge Enterprises at the Charles E. Bennett Federal Building in Jacksonville.  K’sai has nothing but wonderful things to say about his experience working at the Bennett Building. He stated that this is the only place where he has felt like he was among family and at home.

When K’sai was fifteen years old he told his dad, “If anything happens to you, I will always be there to take care of you.”  In 2012, K’sai’s father became ill, and he remembered his words to his father. K’sai without hesitation has been by his father’s side throughout, even though it meant he had to walk away from his job at the Bennett Building.

When his father thankfully got better, he decided to return to work.  In June of 2021, K’sai applied for a position at the Bryan Simpson United States Courthouse and has not missed a day of work since. He tackles all tasks at hand with focus and a cheerful attitude.  K’sai is an IMPRESSIVE worker, extremely polite, and a great mentor. He is always ready and willing to assist fellow co-workers with any duties or assignments. K’sai steps to the plate in training saying, “My word is bond, I will never say anything and not do it.”

“We are immensely proud of K’sai Sanders and the work he is doing at the Simpson Courthouse. He is a great asset to our team and a true role model for other individuals,” reports Gladys Brazil, Project Manager for Challenge Enterprises of North Florida. 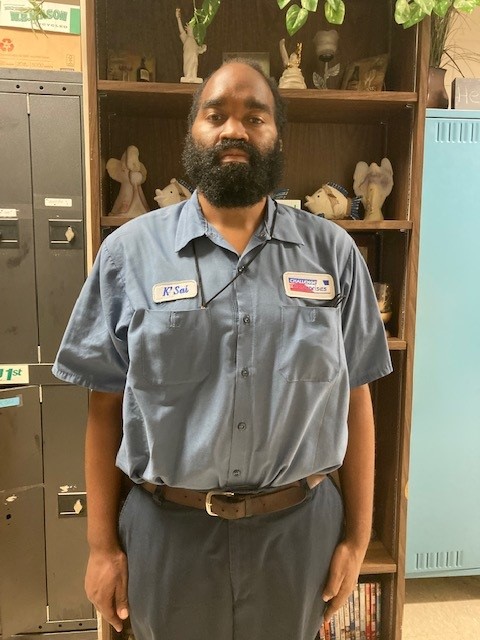