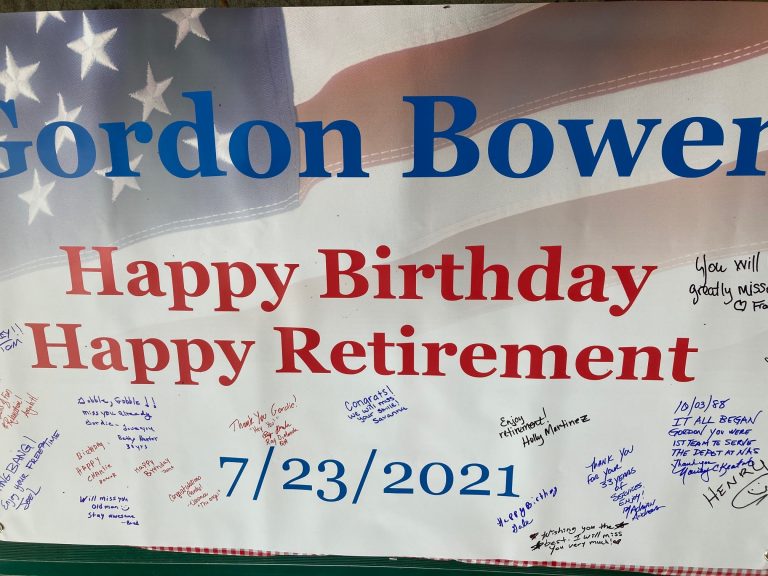 After thirty-three years of dedicated service handling the recycling program for twenty-six buildings for the Fleet Readiness Center Southeast (FRCSE) at NAS JAX, Gordie Bower has retired.  Throughout his career with FRCSE, the military personnel referred to him as “shipmate” and often complimented his work ethic as an important part of their team.  Not only was Gordie a model shipmate, but also a strong ambassador for the Challenge Enterprises workforce. He often commented on the value of Challenge Enterprises not only to NAS JAX, but to the community as a whole.

Gordie celebrated two milestones on July 23rd, his retirement and birthday.  When asked about this party, Mr. Bower claimed it was ingenious.  “I get twice the gifts!”  Not only was Gordie showered with lots of gifts, Legos (he is a huge Lego fan), and awards, but there were many kind words spoken about his achievements.  “Gordie has always been loyal and dedicated with an outgoing personality and positive attitude,” claims Mary Jones, Project Manager at FRCSE.  Besides the cake and delicious food, the hit of the day was the best gift of all.  XO Capt. Palmer gave Gordie a serial numbered FRC challenge coin.  This honor is normally reserved for members of the military as a mark of camaraderie.

Congratulations Gordie!  We are looking forward to seeing what you build with all those Legos. 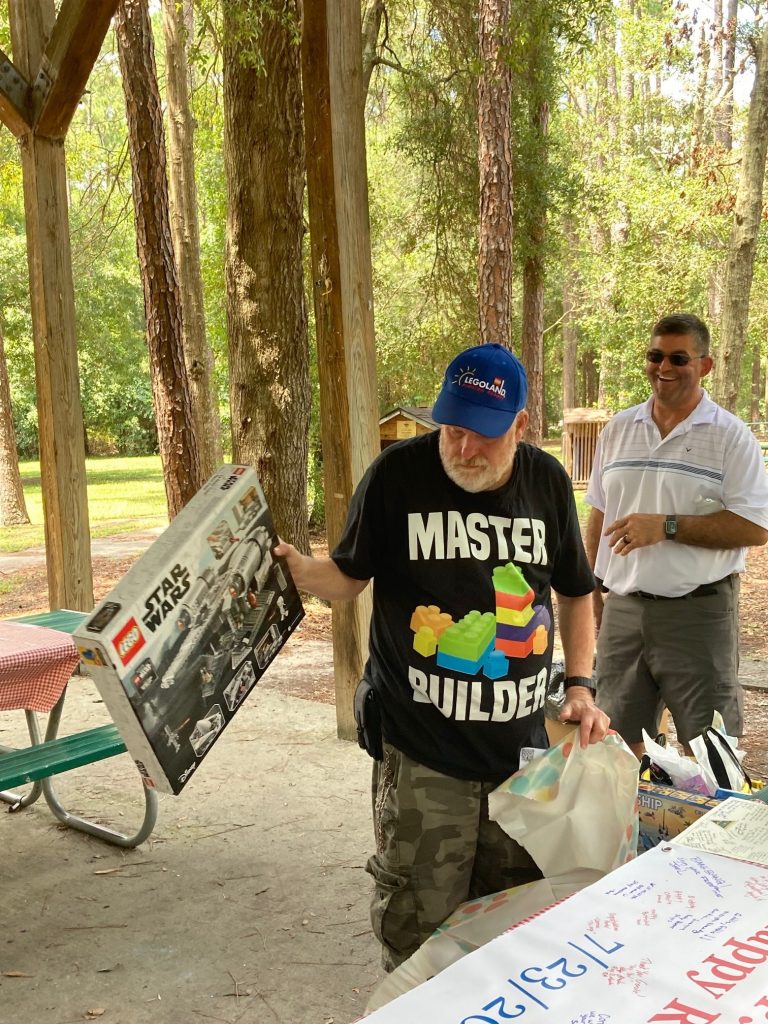 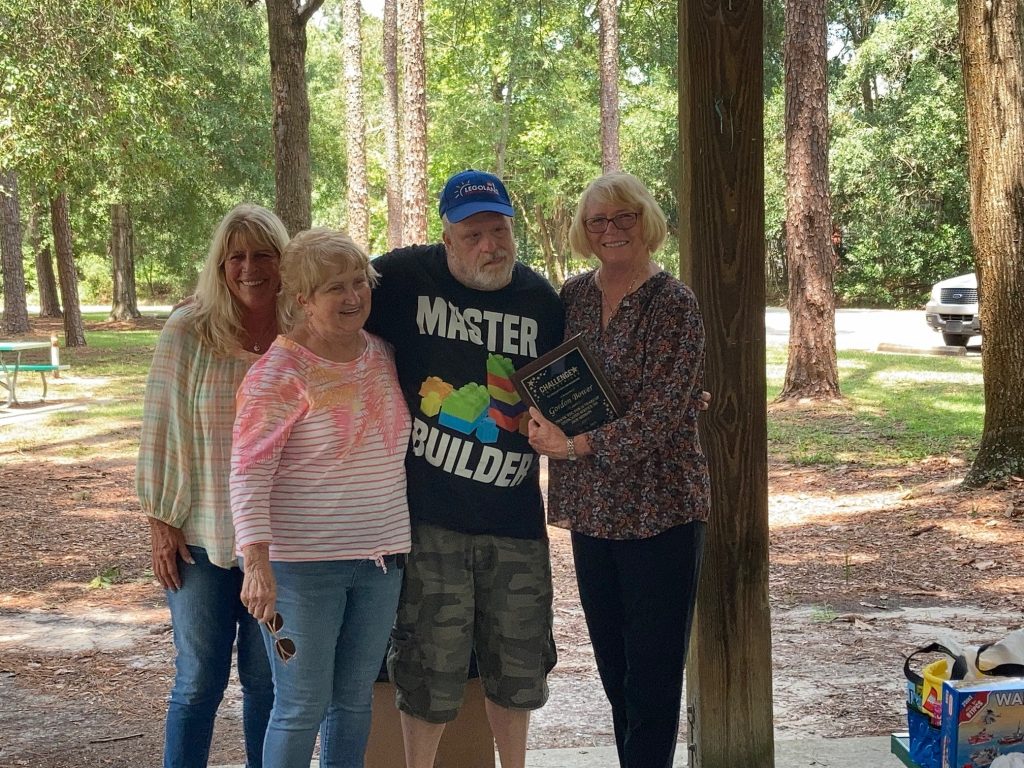 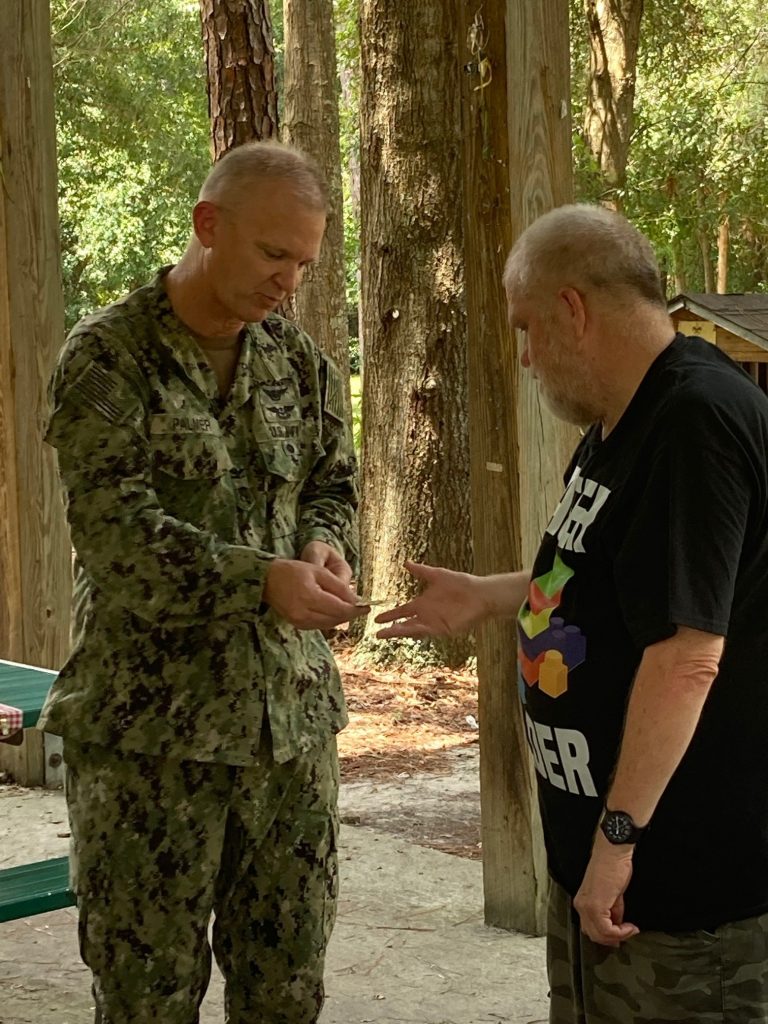