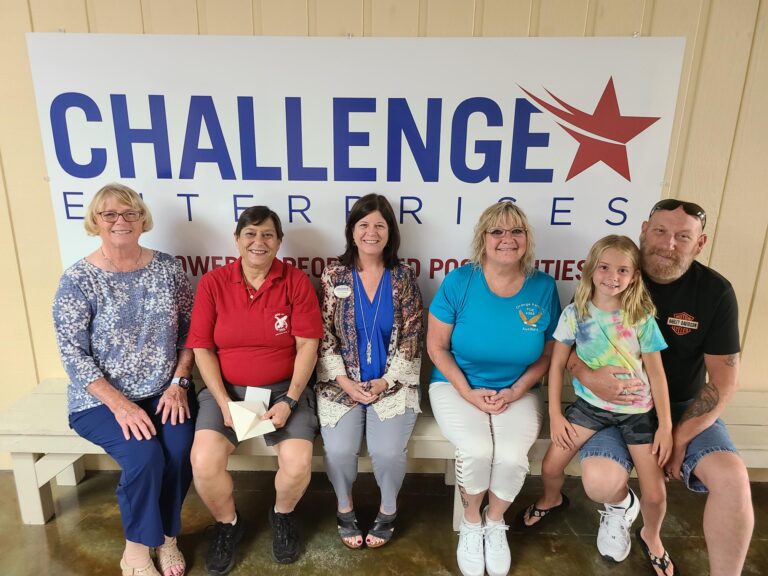 During the month of March, the  Fraternal Order of Eagles Orange Park Aerie 4365 hosted special Thursday night dinners, a Mardi Gras Karaoke party, Cornhole and Darts tournament, a trunk raffle, and meat bingo (where your winnings allowed you to shout “Where’s the Beef?” and “I’m bringing home the bacon!”) all to benefit Challenge Enterprises of North Florida.  The Co-Chairs for these events Jackie and Ed McClellen joined Aerie Secretary Desiree Bryan in presenting a $3000 gift to Challenge Enterprises CEO Nancy Keating and COO Katie Vineyard at the Challenge Enterprises Plaza in Orange Park.  Jackie also happens to be Madam President and Ed a Trustee of this nonprofit organization.  In addition, Aerie member Maureen MacPherson sent her own donation of $100 along with a special note.

Thank you, F.O.E Aerie 4365 and Maureen MacPherson for not only your generosity but for being the people who help people in our community.  Positive change in our communities starts with people helping people. 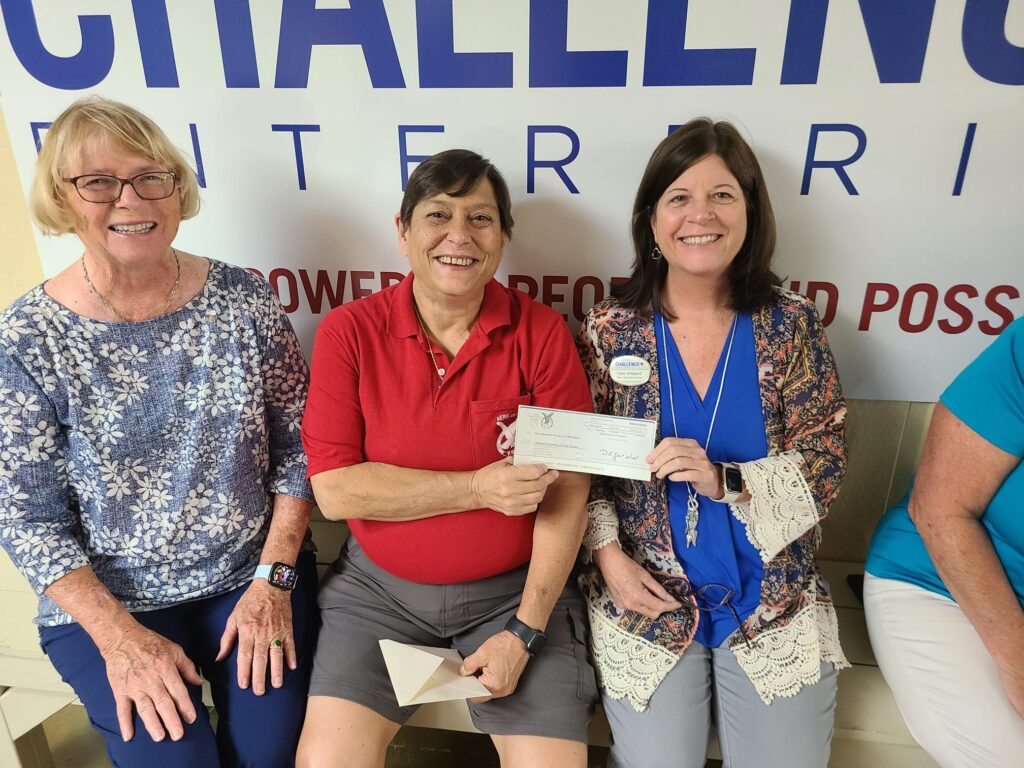 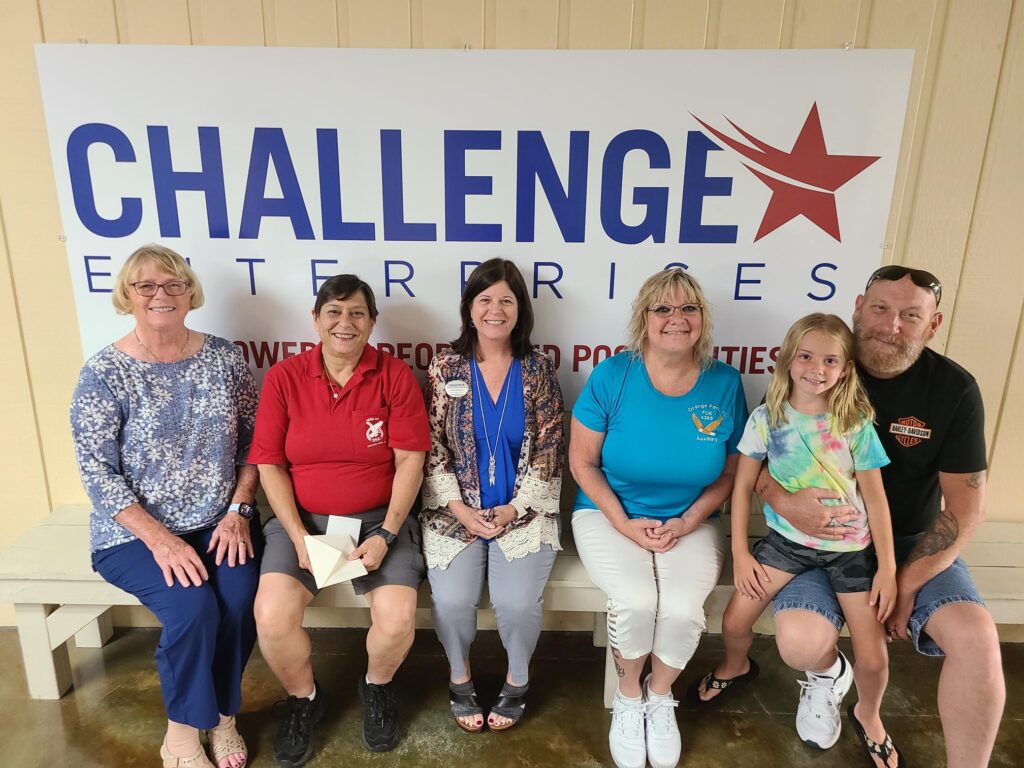