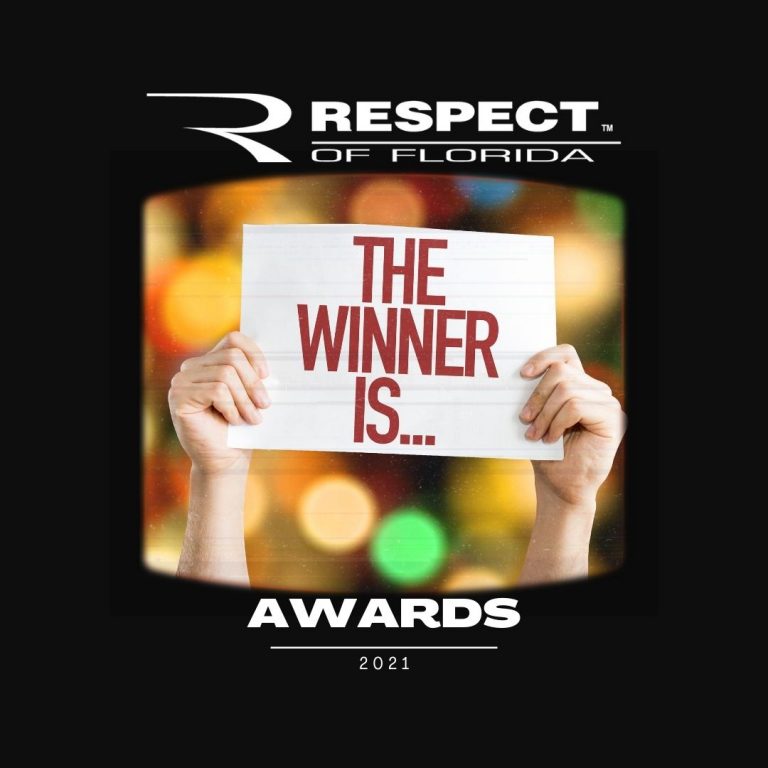 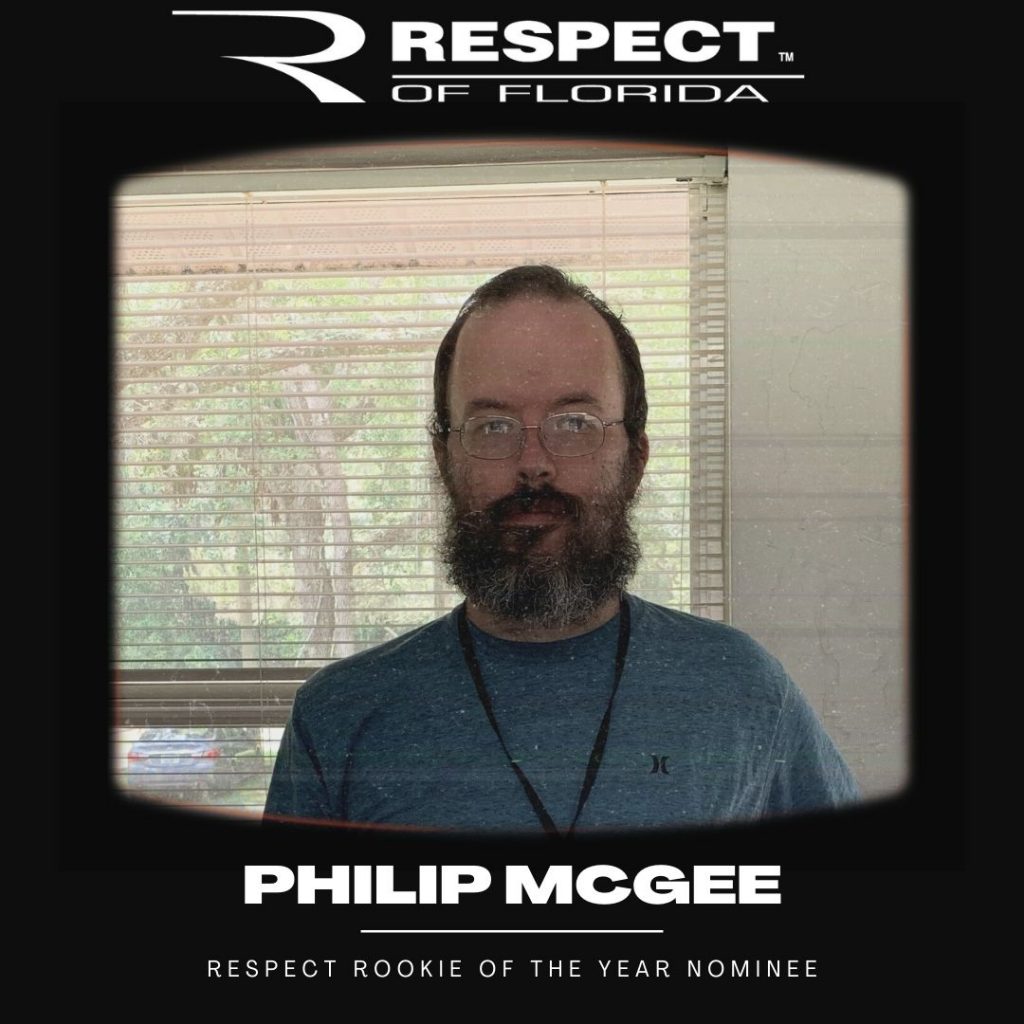 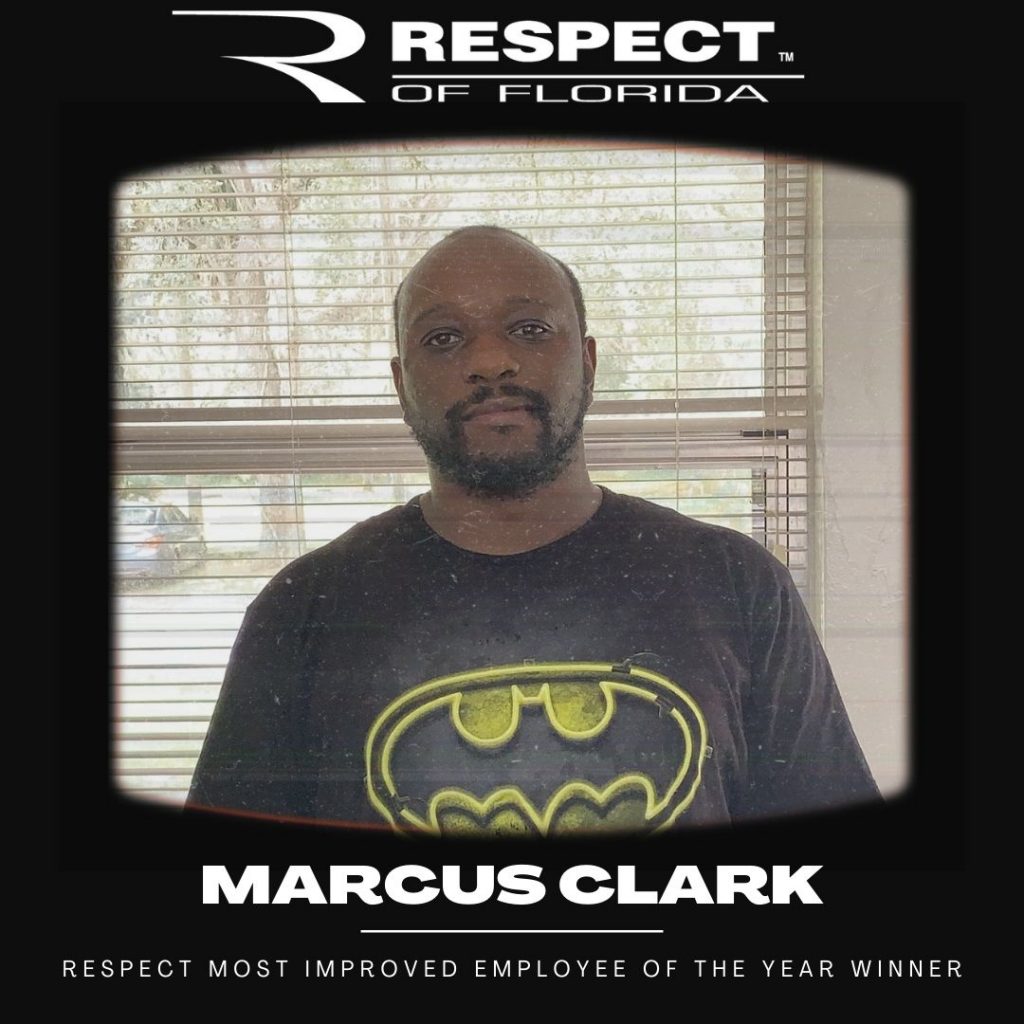 Every September, Florida ARF/RESPECT of Florida hosts THE RESPECT Awards.   This is an opportunity to honor employees with disabilities who work diligently to produce RESPECT commodities and/or services.  Individuals are nominated by their Employment Centers under the following categories:

The Employee of the Year, Commodities –An employee who works on RESPECT commodities, excels at his/her job and is always helpful to their coworkers and supervisors.

The Employee of the Year, Services –An employee who works on RESPECT service contracts who is highly dedicated, motivated, and always strives to do their best.

Rookie of the Year –An employee who is new to the specific job or new to the organization and has demonstrated great performance during their short time on the job.

Most Improved Employee –An employee who has shown tremendous growth and progress toward his or her goals as a result of working on a RESPECT contract.

Philip McGee has been employed at the Tacachale-Gainesville site for six months.  Even though Phillip has been at this site for a short time, he comes to the job and performs like he’s been working there for many years.  Phillip has the capability to learn and adapt quickly and receive direction to perform his job duties without supervision.   Phillip is a very talented person and in short-time has been working independently on the weekend shift every other Saturday and Sunday and continuing to demonstrate his independence with limited supervision.  Hard dedicated worker, punctual, trustworthy, and loyal are just a few of the many characteristics that set Phillip apart from other employees. He is definitely a team player and works well with others.  Mr. Clark received a plaque, a goody bag, and a $50 award for his nomination.

Marcus Clark has been employed at the Tacachale-Gainesville site for five years.   When Marcus first started his janitorial position at the Tacachale facility, he hardly spoke and would only answer questions when directed specifically toward him.  Today, Marcus will engage in conversation with most anyone, especially regarding his job, co-workers, and state employees on site.  With improved verbalization, he has the ability to ask pertinent questions to better understand the expectations of his job duties.  Earlier this year, he was asked to help with providing guidance and direction to newly hired employees.  With the support from his supervisors, Marcus is flourishing with this new duty. He continues to develop self-confidence and strong communication skills and in return is blossoming in the workplace and in his personal life.  Marcus is focused on a pathway to independence, showing tremendous growth in taking full accountability and responsibility for all assigned duties and the initiative needed to accomplish the task at hand.   Mr. Clark was selected as the winner of the RESPECT Most Improved Employee of the Year award and received a plaque, goody bag, and a $100 award for this honor.

Congratulations Philip McGee and Marcus Clark.  Always up for the Challenge and demonstrating the Power of People and Possibilities.